Alfred Hitchcock’s The Man Who Knew Too Much (1934), was his first film for Gaumont British studios, which gave him more freedom to try out his ideas. Although his directorial 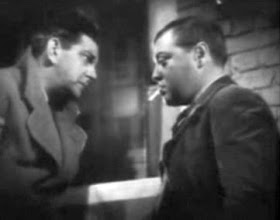 resume had started in the silent era and already included twenty films, it was with this effort that he began to display the extraordinary narrative vitality that was to make him famous. It also introduced two significant Continental European actors to English-speaking audiences: Peter Lorre (who had recently appeared in Fritz Lang’s M and who would soon appear in von Sternberg’s Crime and Punishment) and Pierre Fresnay (who would later appear in Jean Renoir’s 1937 film Le Grande Illusion).

The story concerns a British couple who become inadvertently entangled in an international political assassination plot. This story plot inaugurated a theme that was become common to many subsequent Hitchcock films, wherein an ordinary polite and unassuming middle-class man is caught up in a threatening situation from which he must somehow manage to extricate himself without assistance. The plot has six somewhat implausibly strung-together sequences:
Despite all the action and excitement, The Man Who Knew Too Much is not without its flaws. The affable Bob Lawrence, played by Leslie Banks, seems far too casual in some of the life-threatening circumstances in which he finds himself. And some of the plot turns are quite implausible. Why would Bob, with only seconds to search Louis’s hotel room, think of unscrewing a shaving brush he 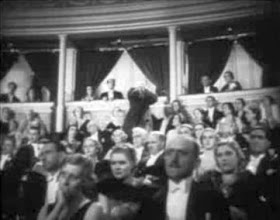 ad in order to find the secret document? And his chair-throwing brawl in the tabernacle, which enables Clive to escape, is just too farfetched to accept.

But Hitchcock’s style of cinematic narrative is compelling. Each of the six episodes has a certain closure, a story-within-story aspect, that brings satisfaction as each one is brought to fruition. Yet all these episodes are linked together by the overall narrative thread, which frequently features an artifact that supplies a visual motif for forward and back referencing. (This is sometimes referred to as a “MacGuffin”, which is based on a remark that Hitchcock once made, but this term has been so overused and perhaps misapplied to such varied cinematic circumstances that is now only a source of confusion.) In this film, the key narrative thread for the Lawrences is to rescue Betty, and secondarily to halt a murder plot. But there are small artifacts that reappear at various points in the film. The secret piece of paper extracted from the shaving brush, of course, is one such artifact; but there are others: the brooch that Jill gives to Betty early on, as well as Abbott’s tune-playing pocket watch also serve as iconic artifacts to facilitate the episode linkages. Also, the early, seemingly incidental, gun-shooting event, when a noise distracts Betty from hitting her clay pidgeon target in the skeet-shooting competition, is recalled later at the Albert Hall when Betty’s scream interferes with Ramon’s assassination attempt. And there is the fascinating and satisfying plot resolution twist that, despite the male gender referenced in the title and the considerable screen time given to Bob’s activities, it is the woman, Jill, who makes the decisive actions and saves the day.

In addition to the artful stringing-together of the episodes into a coherent fabric, Hitchcock’s structurings of action within the episodes show strikingly dramatic changes of pace. Throughout three of the first four episodes, there are sudden, disarming moments of humor that intermingle with the desperate activities of the principal characters. In a similar alteration of tempo, after many of the prin 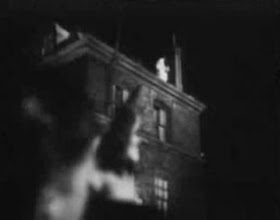 cipal characters are killed with an explosive gunshot, there is a sudden, near cessation of action, as the victim very slowly crumples to the floor. The same dramatic swing in the tempo occurs when Jill learns of her daughter’s kidnapping and freezes for a few moments before feinting. All these back-and-forth alterations in the pace of dramatic movement keep the viewer off balance, like a roller coaster. Those slowed-down moments have the shadow of previous dramatic action cast over them, and this both sustains the anticipation for upcoming events and enables one to overlook some of the implausibilities of the plot.

Much has been made of Hitchcock’s dismissal of actors and his famous remark that actors are like cattle. But this is  probably not so much an expression of contempt for acting as it was a reflection of his disinterest in overly-theatrical acting that was prevalent on the stage (particularly the British stage). He generally did make effective use of many actors who had a compelling screen personae and who could fit within the tight cinematic framework that he had devised. Here, in The Man Who Knew Too Much, is a perfect example. The Abbott character is played by Peter Lorre, in his first screen role before English-speaking audiences. Lorre’s knowledge of English was minimal at this time, and he had to memorize his lines verbatim. But he still offers a powerful and seductive screen presence in this film, and that adds an element of fascination to the assassination gang side of the story.

Hitchcock remade the same story of The Man Who Knew Too Much in 1956, and that later film had the advantageous luxuries of a much larger budget and being shot in Technicolor, plus exotic locations (Morocco), big-name international stars (Doris Day and James Stewart), 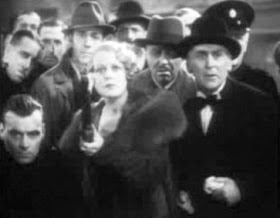 an Academy-Award-winning song (Que Sera Sera), and an extra half-hour of running time. One would have expected that later film to be the superior version, but it wasn’t. Hitchcock, himself, may have been conscious of the low-budget rough edges that appear in this earlier version when he dismissed it as the product of a talented amateur and said the 1956-version was the work of a professional. Yet it was Hitchcock’s bold cinematic and narrative gestures of this 1934 version of the story that emphatically made it the superior viewing experience. With the 1934 version of The Man Who Knew Too Much, Hitchcock was just now coming into his own and establishing mastery over the full range of his techniques. His next outing, The 39 Steps (1935), would be his great masterpiece.
★★★½
The Film Sufi at 5/14/2009 05:27:00 PM